At Camamach we combine our experience in China to seek out the top manufacturers of key equipment. Through familiarity with companies technical capabilities, what spare parts they offer and their after-sales service among other elements, we select manufacturers that can provide equipment and spares at low prices without sacrificing on quality.
OEM 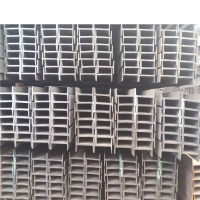 What is a beam?

A beam is a structural element that primarily resist the loads applied to is laterally, these beams are known as structural beams. The complete effect of all the forces acting on the beam is to produce shear forces and bending moments to counter predict when breakages might occur, that in turn induce internal stress, strains and deflections on the beam. Beam are characterized in a few different ways, their manner of support, profile, shape of cross section, equilibrium conditions, length, and the material in which they are made of. Beams are typically descriptions of building or engineering structural elements. However, there are many other products that contain structural beams such as automobiles, aircrafts, machine frames, and other mechanical systems with heavy weight.

What is an H beam?

H-beams are shaped like an H. H-beam is a structural beam made of rolled steel. It is incredibly strong. It gets its name because it looks like a capital H over its cross section. The H beam is a lot heavier than an I beam allowing it to take on much more force, thus being said it is used in the load bearing of heavy construction. Often referred to as a girder, it can be built up to any height or specification. They may be used for a span of up to 330 ft, their flanges also stick out much further than I beams. They are often portrayed as a single piece of metal but are actually three pieces joined together.